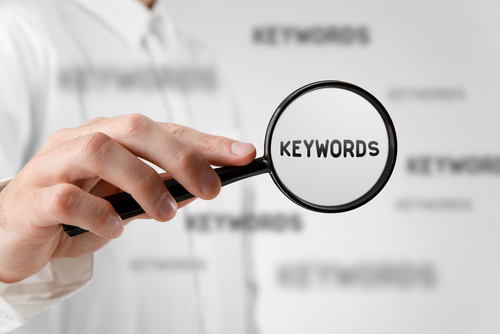 If you’ve been familiar with SEO for more than a few minutes, it’s likely you know how important keywords have been throughout the last decade or so. The topic of keyword density – how many keywords appear in a given span of content – has been hot for years and, until recently, anyone who wants to succeed in the SEO has heard that keywords are one of the most efficient ways to do it. Today, however, experts are beginning to change their tune (Moz actually proclaimed the death of keyword density all the way back in 2008).

This begs the question of what’s behind the shift in attitude about keywords and, more so, whether or not keywords are truly important for online marketing in 2016. Here’s what you need to know.

Do Keywords Matter for Online Marketing?

The answer is yes…and no.  More likely than not, keywords will always play a role in SEO and readability. The caveat, however, is that they don’t matter as much as they used to. The primary reason for this is that search engines have changed. While search engines really never used keyword density as a primary factor in locating and ranking pages, today’s search engines have been forced to operate on a series of much more complex ranking factors as things like voice search and “intent-based” queries have risen to prominence.

For example, a yoga studio that targets the keywords “Yoga studio Seattle” could easily wind up ranking for the keyword “Seattle fitness” even if the studio never actually targeted these keywords. The reason for this is that today’s search engines are smart enough to know that the two things (yoga and fitness) are related – even without obsessive keyword inclusion and density evaluations.

To put this another way, today’s search engines are much more concerned about intent than they are keyword density. While keywords do still matter, it’s clear that the evolution of search engines has rendered them less important than they used to be. There is no optimal keyword density authors should be aiming for and it’s much better to focus on using keywords naturally and efficiently rather than according to a density metric.

We’ve determined that keyword frequency won’t earn you many points in 2016, so how can you use keywords effectively? The answer is to focus on placement. Relevant keywords, like “Seattle yoga studio” should appear in your headers and page title since these areas take top priority in the eyes of Google. It should also appear in your company description in order to help give Google an idea of what your company does and where you’re located.

As we discussed earlier, Google has become incredibly adept at discerning the meaning behind a search query or a piece of web content. To match searchers with web pages today, Google doesn’t have to pull out keyword phrases and match them exactly to user search queries.

Instead, it simply crawls websites for data, forms a conclusion about what your page is and what purpose it serves, and then matches your content with people searching for something in the same vein. Google has gotten so good at this, in fact, that more than 70% of today’s searches are based on synonyms of keyword phrases.

Because of this, you’ll do well to focus on the overall meaning and value of your page than it is your keyword inclusion or density. By offering users valuable, relevant content that pertains to your niche, you’re likely to rank higher in Google than you would by stuffing your content with keywords.

Semantic search is a feature that Google introduced with its Hummingbird algorithm update in 2013. Instead of evaluating long-tail search phrases based on each individual keyword (“Yoga classes in Seattle,” for example), semantic search abandons the individual meaning of keywords and evaluates, instead, the overall purpose behind the keywords.

In the instance of this search, it’s clear that the searcher is likely looking for inexpensive yoga classes in the Seattle area, so Google crawls the web for companies that offer services that align with that. If your website’s content places you in that niche, you’ll likely wind up in the search results, even if you’ve never targeted that exact phrase in your web copy.

A cardinal sin of SEO in 2016 is likely keyword stuffing. In addition to making text virtually unreadable, keyword stuffing creates sales-y, stiff content that destroys any credibility your company may have built up among its customers. Search engines and readers alike are quite advanced in this day and age, so it’s important to provide them with content they actually want to read rather than beating them over the head with your keyword phrases.

While there’s nothing in the world wrong with including keywords in specific areas, like your headers and meta information, there’s no need to focus on including X number of keyword phrases in your content. Not only is this ineffective in today’s climate – it’s also a waste of time that you could be spending growing your business.

The Verdict: Keywords Are a Dying Breed

While keywords will always have a role in helping Google decipher and categorize sites, they’re nowhere near as important as they used to be. With that in mind, while you shouldn’t completely abandon your keywords just yet, it’s safe to stop paying quite as much attention to them.

Because Google has become astonishingly sophisticated at deciphering the meaning behind search queries and matching pages accordingly, webmasters no longer have to focus on stuffing their content full of strategic keywords. This frees you up to create more natural, meaningful content that will likely be far more valuable to your readers than keyword-stuffed junk ever was.

To learn more about the best practices in SEO for 2016 or for help boosting your small business SEO strategy, contact Strider SEO today!